What is now the Skokie Community Foundation began with a small group of Skokie residents driven by their desire to contribute to the community, meeting at a kitchen table.

This is the story of how we got here and where we hope to go in the future. 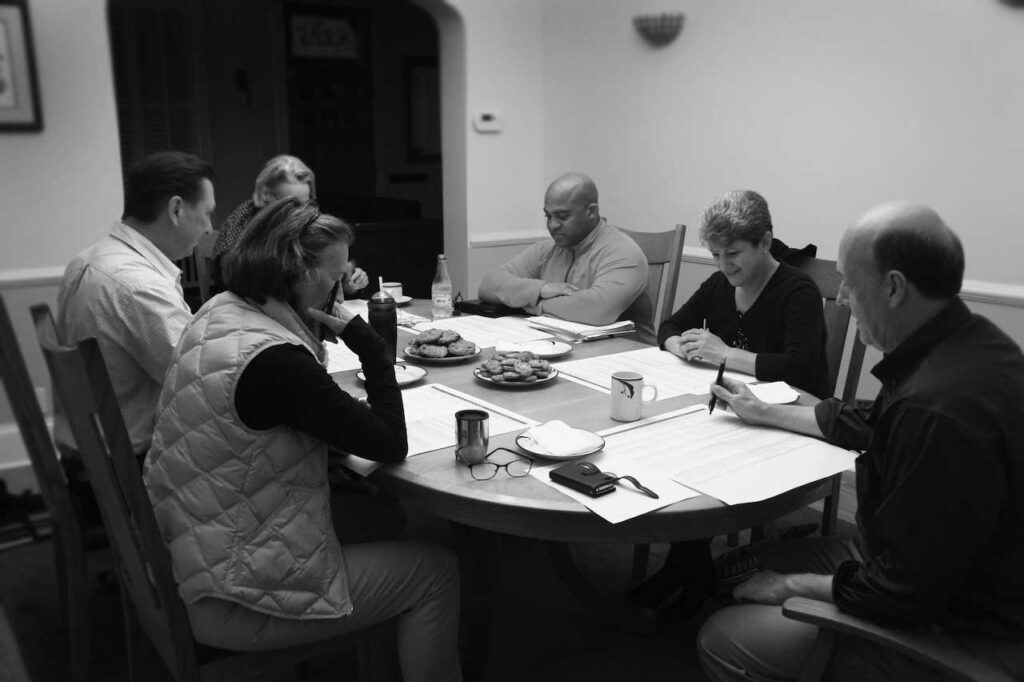 In 2010, several Skokie residents established the Skokie Community Fund with the intent of building a permanent endowment to fund projects for the benefit of those who live and work in Skokie. In June 2014, the Fund announced its inaugural grant cycle which sought collaborative proposals from local agencies. The Fund required that each grant application be jointly submitted by at least two organizations — at least one being a 501(c)(3) — and that the grant benefit residents of Skokie. That year the Fund awarded $25,000 in grants to five grantee pairs, each of whom received $5000.

Each calendar year since, the Fund and then its 2017 successor the Skokie Community Foundation, have awarded $25,000 to grantee partners. Projects have ranged from social services and education to the arts, services for youth and seniors and health and wellness.

In a few short years, Foundation grants and programming have already improved lives all over Skokie. We want to do even more! Our goal is to seek out and partner with donors and community builders who share our vision so that we can further grow the endowment, a community resource that will benefit Skokie now and one hundred years from now. Growing the endowment will allow the Foundation to continue to award meaningful grants with increasingly greater positive impact for Skokie. As of February 2022, the Foundation’s endowment stood at $650,000. 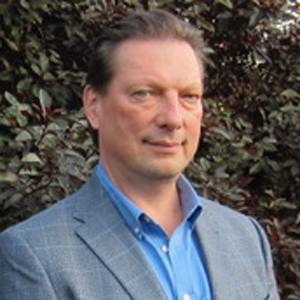 Jim Szczepaniak became Executive Director of the Skokie Community Foundation in September 2021. He was a member of the original steering committee of the Skokie Community Fund in 2014 and has been a member of the Board of Directors since that time. He served Niles Township High School District 219 as Director of Strategic Partnerships & Community Relations from 2006 until his retirement in June 2021. He has been part of the Skokie and Niles Township community since 1985, when he started as a reporter for Pioneer Press, covering Skokie. He was also Public Information Officer for the Village of Skokie from 1988 to 1996. Between his public sector stints at the Village of Skokie and D219, Jim was Public Affairs Director for Ameritech New Media/SBC. Jim holds a Bachelor of Arts degree in Political Science and German Studies from Northwestern University and a Master’s in Written Communication from National-Louis University. 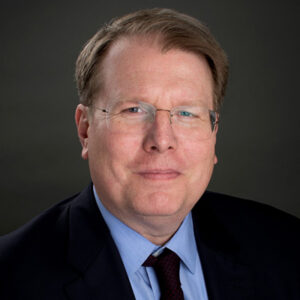 Zachary WilliamsChair
Zach Williams has lived in Skokie over 20 years with his wife, Laura, a middle school teacher in Skokie for the past 30 years.

He is an attorney who primarily has represented minor children his entire legal career both at the Cook County Office of the Public Guardian and in private practice. Zach has two children both of whom attended Skokie public schools. He is proud to be a member of the culturally rich and diverse Skokie community. 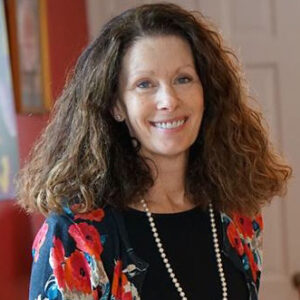 Ann TennesVice Chair
Ann Tennes has served as the Director of Marketing and Communications for the Village of Skokie for more than 20 years.

Ann’s community service in Skokie includes serving as an elected Trustee on the Board of Oakton Community College from 2007 to 2019, as well as serving on the boards of the North Shore Center for the Performing Arts Foundation and the Skokie Festival of Cultures. She is president-elect of the Skokie Valley Kiwanis Club. Ann and her husband Howard live in Skokie and founded the Skokie Tennis Association.  They have two children and two grandchildren.  Ann received a Bachelor of Communications degree from Columbia College and a Master of Public Administration degree from Roosevelt University. 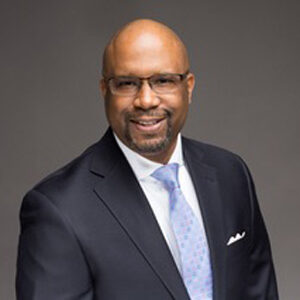 In his over 15 years of higher education experience, he has held several roles including full time faculty, department chair, and Dean.  Prior to his roles in higher education, Ruben worked in various industries including auto manufacturing, supply chain management, warehousing and distribution, third party logistics and military traffic management. Dr. Howard served in the U.S. Army Reserves and is currently a member of the U.S. Coast Guard Auxiliary. 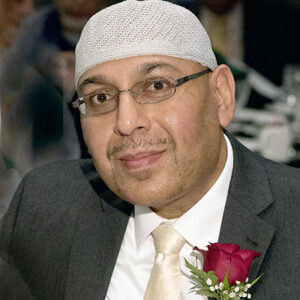 Syed MahmoodSecretary
Syed Mahmood is a global IT finance manager and is highly active in various civic engagements throughout Chicagoland communities.

He also serves as a board member to multiple non-for-profit organizations based in Chicago, Skokie, and Morton Grove which canvas diverse communities at large. Syed and his wife are active in Skokie and Niles Township School District 219 while raising their twins. 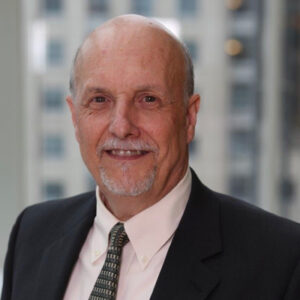 He is a clinical psychologist and attorney whose career has been devoted to working with adolescents in the child welfare, juvenile justice and mental health systems, with a particular focus on child trauma. Before retirement, he was an assistant professor at Northwestern University’s Feinberg School of Medicine. Gene and his wife Karen moved to Skokie in 1991 and raised their three sons here. 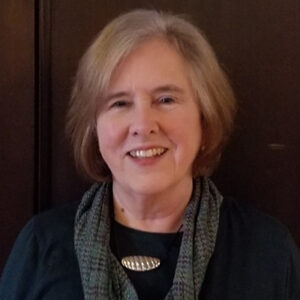 Carolyn AnthonyBoard Member
Carolyn Anthony served as Director of the Skokie Public Library for more than 30 years, retiring in 2016.

She has been active in Skokie Valley Rotary, is a Board member at Turning Point Behavioral Health Care Center and also of the North Suburban Healthcare Foundation. She and her husband have lived in Skokie since 1986 and raised two daughters here. 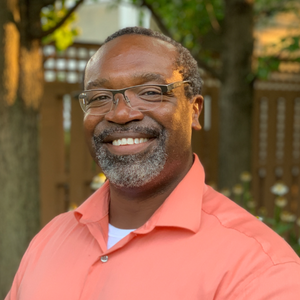 He is a founding member of District 69’s foundation (FUND69) and has been a member of the Village of Skokie Human Relations Commission for the past eight years. He is a certified SEED (Seeking Educational Equity and Diversity) facilitator, who has led several local cohorts. David has been a Skokie resident for more than 15 years with his wife, Kate, a teacher and administrator in Skokie for the past 24 years. David and Kate have three children who attend Skokie public schools. 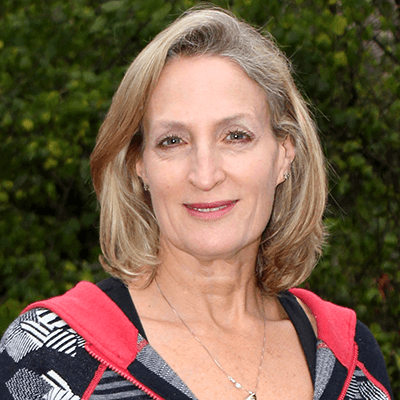 Elline EliasoffBoard Member
Elline Eliasoff is a Geriatric Care Manager, a Clinical Exercise Physiologist and a Gerontologist with over 30-years of experience in aging care.

Elline partners with seniors and their families, either in the client’s home or in senior housing communities, and collaborates with them for the delivery of outstanding quality care and services. She holds a BS in Human Kinetics from the University of Wisconsin, a Graduate
Certificate in Patient Advocacy and an MA in Gerontology. 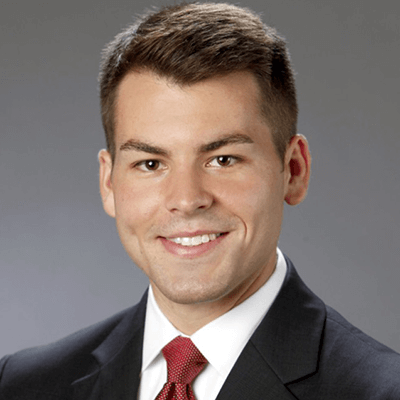 William is a lifelong resident of Skokie. He lives with his wife Sara and red fox Labrador, Nia, in town and can be seen at many village events supporting the village and all that it entails. William is the Secretary of the Kiwanis Club of Skokie Valley and an active member of the Skokie Chamber of Commerce. He holds a bachelors degree in Political Science from DePaul University and a degree in Mortuary Science from Worsham College. 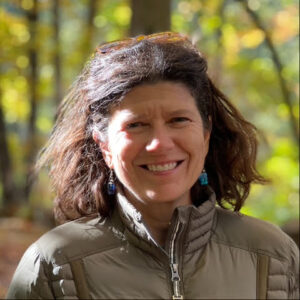 Una McGeoughBoard Member
Una McGeough has lived in Skokie with her family since 2002. Her three sons attended District 68 schools and graduated from Niles North High School. She served 13 years on the District 68 School Board, retiring in 2021.

Una currently works at Northwestern University, managing programs to help undergraduate students develop the strategies and skills to reach their full academic potential. She is also training as a mediator with the Chicago Center for Conflict Resolution. 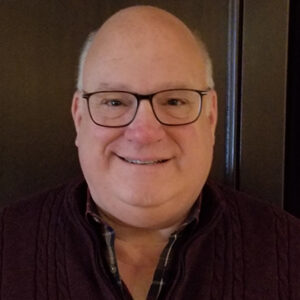 Howard MeyerBoard Member
Howard Meyer has been Executive Director of the Skokie Chamber of Commerce since 2005.

During his thirty year career he has worked with children’s camps and conference centers as well as served as Business Director for large religious congregations. The Illinois Association of Chamber Executives awarded Howard his ACE, Accredited Chamber Executive, designation in 2017. Howard also serves as Vice-Chairman of the Village of Skokie Economic Development Commission. 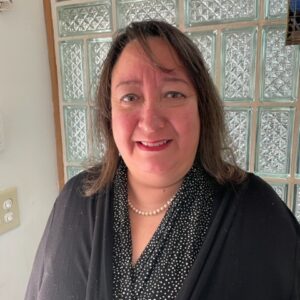 Fernanda PerezBoard Member
Fernanda Perez is a daughter of immigrant parents who moved to Skokie in 1972. She attended District 69 schools and graduated from Niles West in 1983.

Fernanda raised her family in Skokie, where her children are students at Niles West. She has worked as a paralegal at the U.S. Court of Appeals in Chicago since 1989.  She volunteers with the Parent Leaders Uniting Schools (PLUS) group and the Community Schools committee, where she facilitated Parent Leadership workshops. She is currently serving her second term as a District 69 Board of Education member and is Vice President of the nonprofit Skokie United, where she continues her work on embracing Skokie’s diversity and inclusivity. 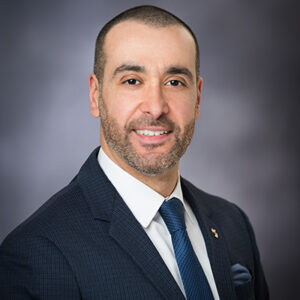 Born and raised in Skokie, David is past president of the Skokie Chamber of Commerce and serves on the Village of Skokie Economic Development Commission, the District 219 Education Foundation, Rotary of Skokie Valley and Skokie Lions Club.  He has a degree from the University of Wisconsin-Madison Graduate School of Banking. 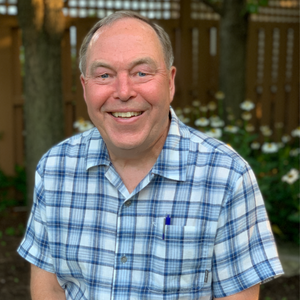 Randy RobertsBoard Member
Randy Roberts and his wife Margy have made Skokie their home since 1987 and found it a wonderful community in which to raise their three children.

Randy is a retired attorney, having worked in the Cook County State’s Attorney’s Office for 30 years and as the Compliance Officer at Maryrville Academy for six years.  He has also served as a Skokie village trustee for 20 years, completing his final term in April 2021. 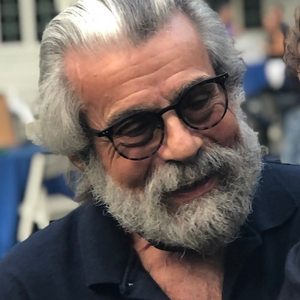 Ralph RuebnerBoard Member
He is a retired law professor and academic Dean at UIC Law School. He is a rabbi and a human rights advocate. Board member since 2021. 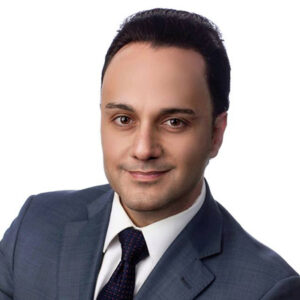 Alen’s family immigrated to Skokie from Iran 25 years ago. He serves on the boards of Heartland Alliance International and the National Immigrant Justice Center and is a volunteer attorney with the JMLS International Human Rights Clinic.  Alen earned his BA from The University of Chicago and JD from The UIC John Marshall Law School.